Top » Catalog
Back To Blogs

Michael Kramer is a gilder from Maryland in the United States.His team of talented gilders are involved in architectural gilding projets in many parts of the world.
Gilding is an art that fascinates him: it is the physical challenge of applying gold leaf to objects with complex structures in order to sublimate them that he likes the most.
In parallel with a master's degree in decorator at University, he learned the profession of gilder. In 1975, he decided to start his own decorating business, and in 1985 he founded the Gilders' Studio. After having worked as a decorator for many years, Michael Kramer wanter to focus on gilding on a larger scale.
The gilder has carried out and admired many varied projects, but some of them have made a particular impact on him. This is the case, for example, of the exterior roof of the NY Life Insurance Company headquarters in New York. This building is the largest exterior gilding project in North America. The 11 metre tall lion outside the MGM Hotel in Macau is a sculpture that he also appreciates deeply!


Thank you to Michael Kramer for answering our questions to find out more about him, his work as a gilder and to let us learn more about the world of gilding !
Credits photos: The Gildings’ Studio 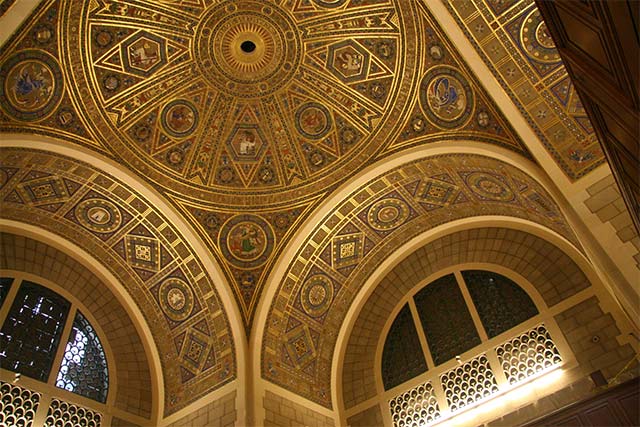